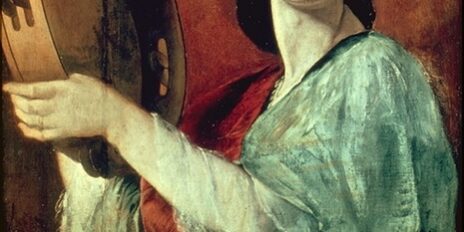 The Torah portion has the laws of the red heifer, the death of Miriam, the sin of Moses and Aaron, and its punishment. The parsha also has the king of Edom refuses the children of Israel permission to pass through his land, the death of Aaron, the rebellion and the resulting plague and its cure. Lastly, the war with the Canaanites and the defeat of Og, the king of Bashan.

Most Jewish people know the story of the red heifer. So this drash will be on …

Why did Moses and Aaron not listen to G-d and their consequences? When you read the pasha (Numbers 20:8) G-d speaks to Moses and Aaron about how to bring water from the rock by just speaking to the rock. However, in the verses from (Numbers 20:10-11) you read Moses telling the Israelites, “Listen, you rebels! From this rock, shall we make water gush for you?” …Moses strikes the rock twice!

There was a shortage of water due to the death of Miriam. When Miriam was alive water was always found. Now the people of Israel were complaining to Moses and Aaron for water. Moses obtained the water but not the way G-d instructed. Moses is then told that because he did not trust in G-d, he will not lead the Israelites into the Promised Land. Several rabbinic commentators point out that both Moses and Aaron were guilty of arrogance. Since they were told by G-d to speak to the rock, and they publicly strike the rock two times, implying that Moses lacked faith in G-d.

Moses Maimonides claims that G-d punished Moses because of his exasperation with the complaints and quarreling of the Israelites (Shemonah Perakim 4).

Today, we have experienced the Covid-19 Pandemic. People complained just like the Israelites thousands years ago about the plague they were fighting. People had their regular routines of everyday life altered, isolation and fear of succumbing to the virus was felt worldwide. Also, today our area is having a severe drought, akin to no water in the desert for the Israelites after Miriam died.

Why am I comparing these concepts from the Torah and our living conditions today?

People throughout history had plagues and survived, droughts and famines and survived. Scary not to know what tomorrow will bring, and yet tomorrow comes and goes. It is how one may deal with the challenges that G-d gives each of us. Today, we have medical advancements that saved many lives, while others succumbed to the virus. We have vaccines to prevent many from ever getting this virus. As for the no water…We pray daily for G-d to send us water from the heavens. However, people can conserve their water consumption and plan to build better communities and cultivate the land better with drip systems like Israel.

G-d hears and knows everything. Yet, G-d waits to see people take actions first before He takes steps to give help. Many times throughout Jewish history our people complained and then rose up and took actions to fix the issues that they faced. Sometimes it appeared that G-d wasn’t there to help us, but He Was With Us Always!