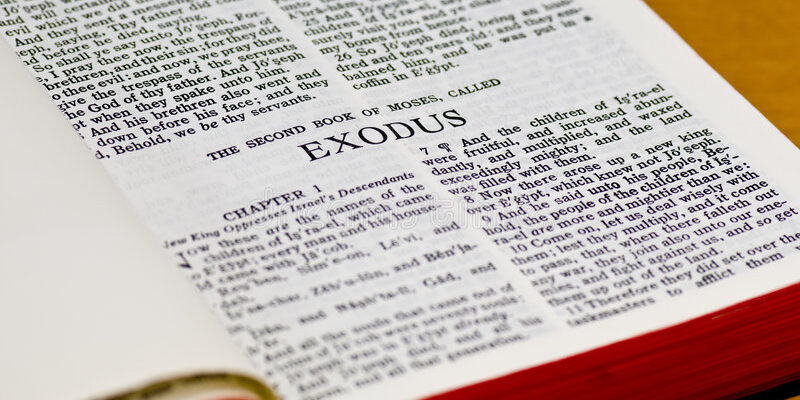 The Torah portion starts the Book of Exodus. A new Pharaoh comes to power who orders all the Israelite male children drowned. Baby Moses is put into a basket and set afloat on the Nile River. Moses is saved by Pharaoh’s daughter. Moses kills an Egyptian who was fighting with an Israelite and flees for his life to Midian. G-d speaks to Moses out of a burning bush and tells him that he and his brother Aaron will liberate the Israelites from Egyptian slavery. The last portion starts with the Pharaoh imposing hard labor upon the Israelites.

The Judaic concept of “Justified Civil Disobedience.” When Pharaoh commands that every child born to an Israelite woman is to be drowned, the Hebrew midwives Shifra and Puah refuse to carry out his command. They refuse to follow Pharaoh’s command out of “fear of G-d.” It is obvious that they believe in the sanctity of life and act out of conviction that there is a Higher Power than Pharaoh who makes moral demands on human beings. This is history’s first recorded case of civil disobedience in defense of a moral cause.

G-d is conceived by each generation in a different way. When G-d reveals Himself to Moses at the burning bush, G-d calls Himself – “I will be what I will be.” The medieval commentator Rashi suggests that this teaches that no tongue can ever express all that G-d will be to those that truly believe in Him (Midrash, Shemot Rabbah 3:6 ff.). To put another way, every generation conceives G-d in a different manner, and every age G-d is likely to reveal Himself in new ways. Perhaps that is why in the Amidah prayer G-d is called the G-d of Abraham, the G-d of Isaac, and the G-d of Jacob, for each of the patriarchs saw G-d in a different manner.

Each patriarch and matriarch had to find G-d and before each name G-d is read and then the Hebrew Vav (v) is read to show that G-d was their G-d. The Conservative and Reform Movements have the matriarchs added in the Amidah. Prayers have meanings and each gives one a unique spiritual moment while reciting.

Many individuals and especially children ask me questions about G-d. One such question: “Does He do miracles anymore?” Definitely, YES! Did you wake up and breathe? Are you still YOU? (has more meaning as one grows older). Another question often asked is “ Does G-d hear my prayers?” Sometimes we may see His response to your prayers, while others tell me that they feel the prayers coming to them when they are ill. Prayers have a spiritual power.

I just returned home yesterday from my visit to Florida to see our son and grandson. Most of you know air travel is challenging to say the least. My flight was delayed, however I noticed that an earlier flight was going to leave in 20 minutes to Las Vegas because it was delayed, too. Yes, I prayed to G-d all the way through the crowds. At the gate crowded all around yet, there was a large opening (surreal) and I was able to go right up to the flight personnel. The following you can never make up…I informed the airline’s personnel that I had to get to Las Vegas to participate in a Bet Din (a rabbinical court) to convert someone to our faith.( *18 people were on the waiting list!) The response was a definite miracle! Do you have luggage or carry on? I had carry on and a ticket. Wait a minute for the other lady to get you a seat! HE HEARS OUR PRAYERS! Oh, the plane arrived earlier than planned. And… YES, the young woman was converted to Judaism. We will be welcoming Katarina Schmidler to our Beit Chaverim Family!