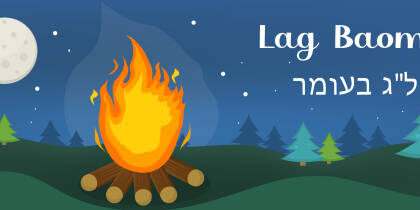 Torah portion contains laws regulating the lives of the priests, donations and offering that are acceptable for the sanctuary, qualifications for sacrificial animals, the major festivals, lamps and show-bread of the tabernacle, and laws dealing with profanity, murder, and maiming of others.

Lex Talionis/ayin tackha ayin/ an eye for an eye which is found in Leviticus 24:19-20, deals with compensation for physical harm inflicted by one person upon another. It has often been misunderstood to mean that the Torah was in favor of cruel vengeance. However, the rabbis of the Talmud (Baba Kamma 84a) reinterpreted this law to refer to monetary compensation.

Nechama Liebowitz states the body is sacred because it is the house of the human soul and a gift from G-d. Thus, we have no right to inflict harm on anyone else’s body or even our own body. When justice demands compensation for damages to another’s body, only financial will do.

Please keep in mind that heaven forbid one has murdered or killed by accident the law’s instructions goes in depth of justice by jury trail.

The Jewish holiday of Lag B’Omer (the word omer referred to a sheaf of new barley that was customarily brought to the ancient Temple on the second day of Passover). The 33rd day of the counting of the Omer is the 18th day of the month of Iyar. Many Jewish holidays tell us of our people’s fight for freedom against the dark forces of oppression. Lag B’Omer is a happy day to celebrate having picnics, outdoor sports, haircuts and weddings! *During the Counting of the Omer Jews cannot have their haircut or have joyous celebration.

Lag B’Omer is referred to as the scholars’ holiday. During the Roman invasion of Israel by general Titus and the Temple’s destruction, the land was ruled by governors appointed by the Romans. Torah and freedom was forbidden and the Romans terrorized our people. Hadrian came into power and continued the cruelty. He built a temple with Roman gods, a circus (not with clowns and animal acts) and an arena where gladiators fought to the death. He outlawed circumcision, and  the studying of Torah and closed our religious schools. All Jews refused to accept.

This was the time when Bar Kocha led a revolt, and great teacher Rabbi Akiva joined the fighting forces. The year was 132 C.E. and the troops captured Jerusalem and built the altar on the Temple Mount. We even minted coins to commemorate our victory over the Romans. However, Hadrian wanted to teach the Jews a lesson. General Severus commanded the Romans and recaptured the Judea. Bar Kocha and his men died in battle, and Rabbi Akiva was burned to death with wet wool and the Torah wrapped around his body. (we read his story and other rabbis on Yom Kippur afternoon Martyrology portion of the services). *Hadrian built a 75 miles of a stone wall in Northern England near the Scottish border. The Scots stopped their conquering!

The other rabbi was Simeon Bar Yochai who continued to teach children Torah in the forests of Judea. He used bows and arrows and hid the lessons in the quill. He was caught, and before he died , he asked his followers to celebrate rather than mourn his death. Today, we remember him and all these brave people who sacrificed their lives for freedom.

Even Though the pandemic is easing up, Baruch HaShem, Next Year, we could celebrate together for a picnic. Maybe plastic bows and arrows for fun.

Looking forward to enjoying welcoming the Sabbath together with all of you.