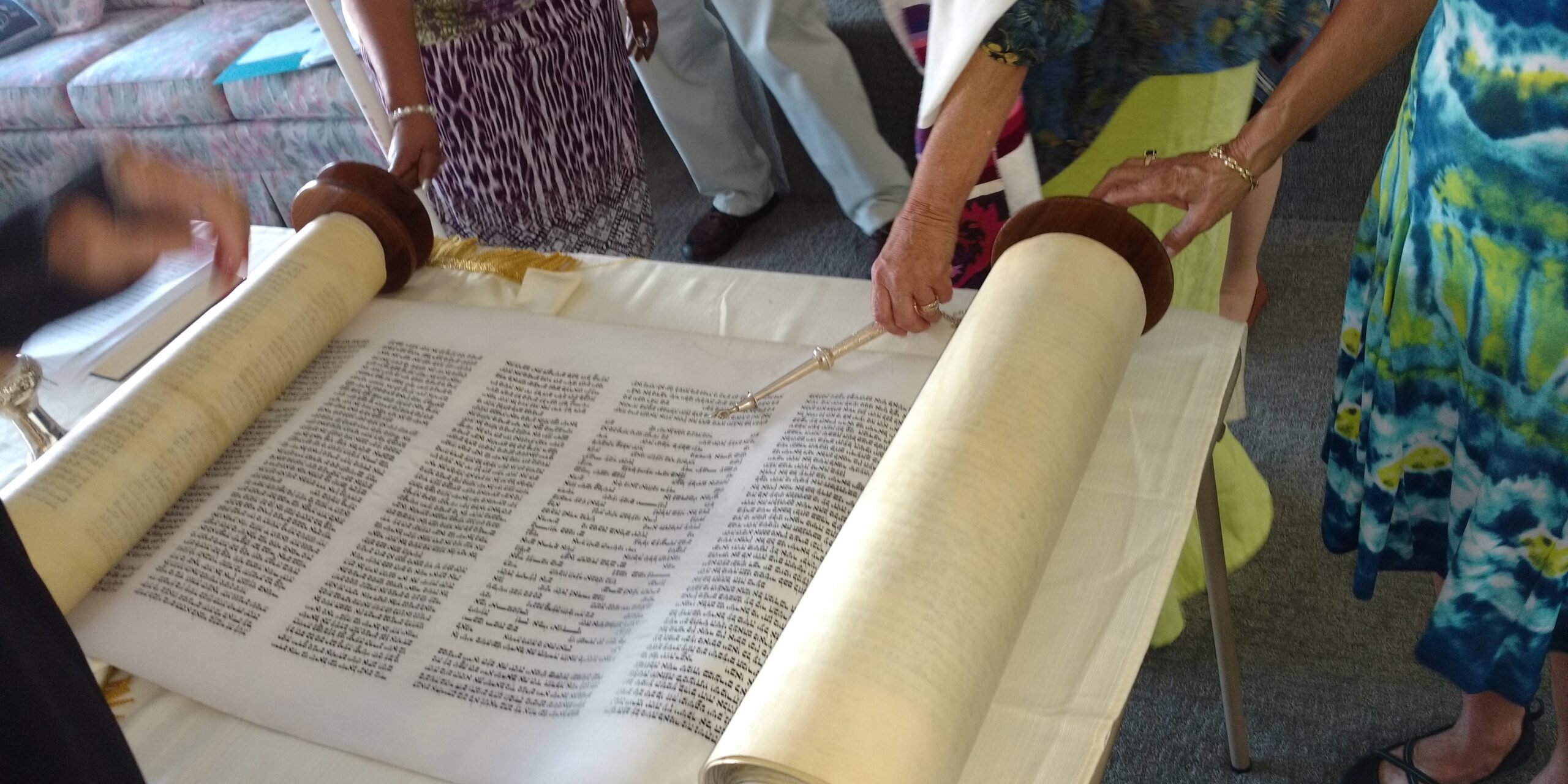 A brief summary of this week’s Torah parsha(portion)…

Jethro(Yitro is Moses’ father-in-law and a Medinite) brings Zipporah (Yitro’s daughter), the wife of Moses, and their children to the Israelite camp. *Zipporah became part of the Jewish people and she even circumcised both of their sons because Moses was speaking to G-d. Talk about the first woman moyhel!

Jethro suggests to Moses that the burden of leadership is too much for one man to bare. He advises Moses to choose people with whom to share the leadership. Moses heeds his advice.

Moses and the Israelites camp at Mt. Sinai.

Moses ascends the mountain and G-d speaks to him, giving him the Ten Commandments.

This Torah portion contains the concepts of sharing leadership. The leadership is too great of a burden for one person to handle. Delegating trustworthy people to help. Leadership is an important value in Judaism.

The Revelation is one of the greatest events in the Torah, which occurs in this Torah portion. The revelation of G-d at Mt. Sinai, in which G-d communicates with the people of Israel. The nature of the revelation and its meaning for the Jewish people have been understood in various ways by the different branches of Judaism. Some believe that G-d communicated with us in actual words. Others believe that the revelation consists of a mysterious human encounter with G-d.

Exodus 19:6  has G-d telling the Israelites that HE wants them to be a kingdom of priests and a holy nation. This means that just as it is the duty of every priest(kohen -descendents of Aaron) to bring Jews near to G-d, so the Israelites have been called to play the part of a priest to other nations, bringing them closer to G-d and righteousness. Israel was also told by G-d to be a holy nation. Holy here means separated from the false beliefs and idolatry of the other nations. Israel becomes holy by cleaving to G-d and obeying G-d’s commandments.

The Chosen people come from Exodus 19:5 that the children of Israel will be a treasured people. This promise of special election or chosenness has been a core factor of Jewish life for thousands of years. G-d chose the Jewish people and made special demands upon them. They will conform to a standard set for no other people. Israel of course, entered this covenant with G-d of their own free will by saying,”All that G-d has spoken, we will do.”

The Ten Commandments are also in this Torah portion. “I carried you on the wings of eagles.”(Ex.19:4) * an operation of Israel bringing the Jewish Yemenites to the Holy Land by a special aircraft without seats, which they believed was G-d forefilling this passage. One more notable quote is, “You shall be MY own treasure from among all peoples.”(Ex.19:5) Some people use “The Chosen People”, which has numerous meanings.

The Haftarah from Isaiah has recorded the prophet and his thoughts about the revelation. He described the scene… One day in the Temple, he heard the seraphim (fiery angels) singing,

“Kadosh, Kadosh, Kadosh/ Holy, Holy, Holy, is Adonai Tzeva’ot, the whole earth is filled with G-d’s Presence.” Jewish people  recite this and move to the tip of their toes three times when chanting, “Holy, holy, holy…” the prayer is found in the Kedushah, which is read aloud on Shabbat morning, and on many Jewish Holidays.

When I write the Torah portions, I sometimes write the word “Rabah” followed by the name of a book from the Torah, i.e Rabah Genesis. This Hebrew references the large collections from the Talmud that have Midrashim (stories based on the Torah, Holidays, and other writings).

The numbers in the parentheses are the chapter and the verses. These references can help you find the weekly Torah portion and verses, Haftarah weekly Nevi’im (Prophets) and the Ketuvim (writings from the Prophets). Enjoy!

Please know that I continue daily saying prayers for anyone that is ill. I am just a phone call away if you just need to talk.

Please be patient when trying to get the Health Dept. for an appointment for the vaccine shots, and stay safe and healthy.