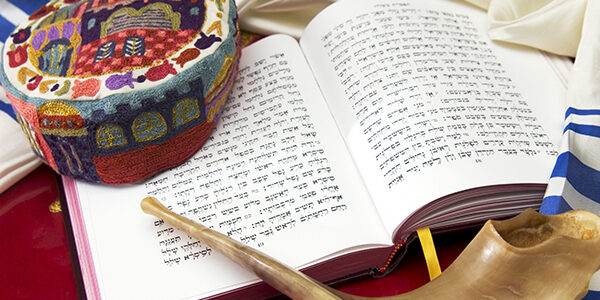 The Torah Pasha(portion) has agricultural laws and laws of first fruits, the formulation of the covenant between G-d and Israel, and the third discourse of Moses. Even though Sukkot is still a few weeks away, this Shabbat we read about the bikkurim:first fruits that were brought by the farmer to the priest (Deuteronomy 26:10). The Jews reaffirm their belief in Divine Providence. The first part of the declaration, “My ancestor was a wandering Aramean,” is quoted in the Passover Haggadah. Hence the fourth quarter in Jerusalem is for the Aramean people.

During the Middle Ages the  popular slogan by the Church Fathers was Imitatio Dei (Imitation of G-d). The Jewish concept of trying to imitate G-d’s attributes dates back to the Torah, which states: ”and walk in His ways” (Deuteronomy 28:9). This has been understood to mean that just as G-d is compassionate, so should humans ought to be compassionate. Just as G-d is righteous and just, so ought humans should be just and righteous. And so on.

The Shofar’s blasts…Tekiah has 1 blast, Shevarim has 3 wavering continuous blasts, and Teruah has 9 stacoatic blasts. The longest blast has the added Hebrew word HaGadol (The Large) for the longest blast that will be blown on the night of Yom Kippur.

When Jewish High Holidays fall on the Sabbath the Shofar will not be blown. Rabbis were concerned with breaking the Shabbat Halakha (Jewish laws) of carrying or playing music, which would take away from the Kavanah (concentration) from prayers for the Almighty. This year the shofar will only be blown on the second day of Rosh HaShanah and the last night of Yom Kippur.

I will be bringing the shofar to the Tashlich services, since it is a morning service.

Let’s get prepared for the Yamim Noraim (High Holidays)…

Order or bake a round challah for the New Year and for extra sweetness for the New Year some challot (plural for challah) have raisins. The round shape reminds of that the Torah is never ending and the continued circle of life, to name a few meanings. Instead of dipping the challah into salt on the Sabbath (salt was precious and special in ancient times, a luxury), and on Rosh HaShanah (Head of the Year/New Year) we dip into sweet honey instead of salt.

Apples are also dipped into honey. Rimonim (pomegranates) decorative ornaments on top of many Torah scrolls represent the midrash (story based on the Torah) that Chava (Eve) ate this apple and the 613 seeds inside represent the mitzvot (yes, many new morahot/Jewish teachers actually counted them…where’s their emunah/ Faith!) The way the pomegranate’s top looks like a crown is also seen on the top of the Torah in many synagogues.

Kreplach are in the traditional chicken soup instead of the matzah balls. Sponge cake and honey cake are a traditional dessert. Holidays have a unique way to touch many of our senses to enhance our celebrations and reach into our neshama/soul.

The New Year is also a time to make tzedakah/donations: whether to the synagogue, the Book of Remembrance or other ways to help those in need as ways of fulfilling a mitzvah for the New Year.

I order my Etrog and Lulav for Sukkot from The Etrog Headquarters at www.esrogheadquarters.com or call 718-692-3335.  Since it falls two days after Yom Kippur, the Sukkah Jewish people have to build the tiny hut (sukkah) by the third day after Yom Kippur!

The sukkah has to be built with at least 2 ½ sides, 3 or 4 this represents how the Hebrew word for Sukkah is spelled. The top of the Skakh is loose with openings to see the stars at night. Decorations are anything to hiddur( enhance) the beauty of doing. the mitzvah and celebrating the festival.

Everyone is welcome to visit our Sukkah, when “Pizza in the Hut” , a pun on Star Wars will be served.

Just for your information on Davning of the High Holidays:

Only on Yom Kippur do we read aloud the second line of the Shema. The Shema is written in the Torah, however the second opening line was added after the Torah was codified.

The Kadusha is when the prayer states; “Kodosh, Kodosh, Kodosh…) (Holy, Holy, Holy,..), while standing one rises up on their toes to bring the person closer to G-d.

Those that chant along in Hebrew, please be aware that the Aleinu has a different phraseology.

We are truly blessed this year with many of our congregants leading parts of the service, which is Hiddur Mitzvah/ to enhance the beauty of the Mitzvah.

The greeting for Rosh HaShanah is L’Shanah Tovah/ A Happy New Year…or you can add U’Metukah (and a sweet one)!