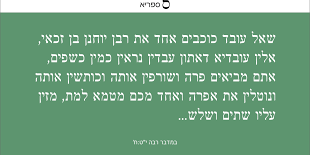 Z’MAN MATAN TORATENU – The Time of Giving Our Torah

Chag Hakatzir – The Holiday of the Ingathering

Kindle your Yahrzeit Candles before your Shabbat candles.

Yizkor is recited during the morning service on the First Day of Shavuot, which is Sunday, June 5.

The Torah parsha is from Bamidbar when G-d commands Moses to take a census of the entire Israelite community. The instructions of the Israel camp and order of march is given, and the Levites and their duties (one is the Pidyon haben: redemption of the first born at 6 weeks).

The Taking of a census: G-d commands Moses to take a census of the Israelites. The numbering of the people will assist in organizing those who are eligible for army duty. Several censuses are conducted in the Torah, and the ancient sages often asked why this was so. Numbers Rabbah 2:19 says that it was to demonstrate G-d’s love for the Jewish people. G-d, it explained, is like a king who possesses an amazing treasure. Adoring it, He takes it into His hands each day to caress it and count it, making sure that nothing is lost. So too, said the rabbis, with the Jewish people. G-d loves to count them, and with each counting declares, “I have created the magnificent stars of the universe, yet it is Israel who will do My Will.”

While the Haftarah is from the Prophet Hosea and his unhappy and unfaithful wife, Gomer, whom he still loves. The link between the Torah portion and Haftarah is that of infidelity. The difficulties of Hosea’s marriage symbolizes the story of the nation Israel. G-d had chosen the poor, downtrodden Israelites to be His love,  showering blessings upon them and giving them a national home. Instead of serving G-d in truth, the Israelites turned to idolatrous practices. Similarly, Hosea loved Gomer, but she forsook him.

The holiday is the second of the three Pilgrimage Festivals. Shavuah in Hebrew means week, and Shavuot is weeks! The Jewish people counted the Omer for seven weeks and the fiftieth was when Moses brought the Ten Commandments down from Mount Sinai. The Jewish people received the Torah, and started following Judaism as a people of a free nation. The Minhag/custom is to eat fruit, vegetables and dairy foods, since our people started to keep Kosher/correct eating by separating meat from dairy. Fruit, vegetables, blintzes, kugels, cheesecake and ice cream are the popular foods eaten during the two days of Shavuot. The Megillat Ruth is read on Shavuot because she was the first person to convert to Judaism. Ruth gets the honor of becoming the great grandmother of King David. The name David means the “Beloved of G-d.” King David has become one of the most loved kings of the Jewish people through his life story, psalms, and unifying Judea and making Jerusalem its capital!

I look forward to seeing everyone on Zoom this Sabbath, and many of you in person at George’s for breakfast on Thursday morning.

A special honor has been given to your rabbi. I will be delivering the opening prayer at the Governor’s Mansion in Salt Lake City on Tuesday, June 21 for the Interfaith Councils Luncheon.

Also, my artwork on the “Artists Response to the Ukraine War” may be seen at the Sears Museum on DSU campus in the Eccles Center, until June 16th.